It's this time of year again, and now I have officially left my teenage years to embark on my early 20s. The post just shows generally what I'm into at the moment and what the 19 year old Ben has been up to (I don't expect much, I've been rather busy so most things stay the same)!

To fill in on last year, I completed the internship at Microsoft which was an amazing experience. I did lots of snowboarding, got to experience life at a giant tech company and spend time getting to see what America and the PNW are like. During the internship I applied at a bunch of Tech companies, from the other majors to more minor ones I'm excited about like Github, Airbnb and Uber. I scored interviews with Uber and with Palantir, the Uber one didn't last long as it was for a single position and they had a much more experienced applicant than me (5+ years at Google), and Palantir went through all the rounds but ultimately ended in me not receiving an offer.
Microsoft however did offer me a returning offer for full-time work starting in January 2016 which I've accepted and can't wait to go back!
I will be graduating from the University of Melbourne at the end of this semster, which gives me 6 months before I am leaving for America, as such I've accepted a contract position for a company in Queensland for the second half of this year.
Also another small study milestone has been receiving the certificate for my second undergradute degree, a Bachelor of Business from Swinburne. After this semester I will officially have 3 degrees (2 Bachelors and 1 Masters).

Pretty much it's just been a lot of Melbourne clubbing music. Lots of minimal, lots of deep house. Stuff that really gets me dancing.

Here is my May 2015 favourites playlist (click to enlarge): 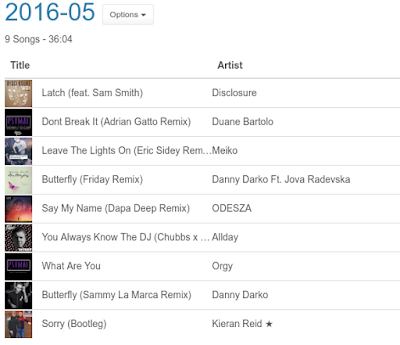 Still my favourite movie is Mr. Nobody (2007).
Aside from last years there are also:
Silicon Valley
Better Call Saul
Dark Matter (was an alright series)
Limitless (didn't finish it, episode storylines got kind of bland)
Hannibal was also a great series I watched all the way through

Mostly play Black Ops 3 multiplayer on PC (once again, under windows sadly). It's an awesome game, love playing it with my brother Josh and against people online. Kinda sad they took 1-hit-knifing out of it (for punching instead), but the knife is still a fun thing to have equipped and use.
I played Dirt Showdown on Linux and that was a lot of fun, mainly the Gymkhana modes (drifting is so fun!)

Nothing different, still running Arch Linux with i3 as the window manager

Same as last year except:

Now have a Nexus 6P for my phone (it's fantastic, absolutely loveing the phone)
I got some cool new headphones, Audio Technica M50x, they sound really nice and are a good fallback when I'm somewhere without a subwoofer handy.
And I finally got that 60% Pok3r keyboard. It currently has rainbow keycaps on it and looks awesome: 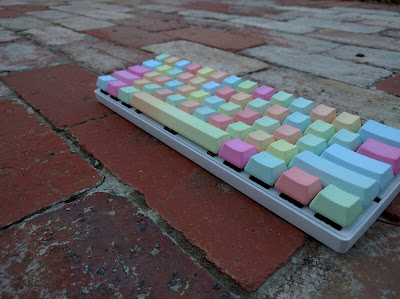